The Ulyanovsk UNESCO City of Literature Program Directorate starts publishing The Only Question - new international project - materials. More than 40 authors from 18 UNESCO literary cities (or related cities) participate in the project. Poets from Heidelberg and Ulyanovsk – Şafak Sarıçiçek and Sergei Gogin – are the first guests of the project.

The organizers invited writers, poets, playwrights, translators from UNESCO literary cities to imagine they have the opportunity to ask just one question to an author from any other literary city. The initiative will help to introduce the authors from the literary cities to each other and establish their dialogue. The project will also let to understand what issues are of concern to authors from different countries today. Besides, it will provide an opportunity for readers to get to know new writers and poets.

Questions and answers by the authors (in Russian and English) along with a short biography of each participant and links to their publications will regularly appear on the Ulyanovsk UNESCO City of Literature Website, other literary cities' websites, and social media, etc. Writers' dialogs will also be offered for publication on the project partners' platforms (literary magazines, libraries, literary media, and mass media). As a result of the project, in summer 2022 an online anthology will be released (in Russian and English) with all the conversations.


What is your stance on the potential of language errors for poetry? Can linguistic accidents and mistakes make language richer, while not being wisely picked?

As a rule, I am for purity of the poetic language, not being a purist myself. The language of poetry may be tremendously varied stylistically including being quite rude. The poem may intentionally consist of errors and “linguistic accidents” (I like the term). The intentional mistake may become that pivot on which the poem revolves. I suggest that a poem may be even built on or out of mistakes if the artist employs them as an artistic tool. We can hardly speak about high style in this case as the poem turns out to be a stylization or parody. A propos, I once heard Andrei Rodionov recite his poetry, it is full of obscene language which constitutes the fabric of his texts. But when the first shock passes, you realize that it’s rather cool and you can’t imagine that a different “paint” could be applied here to resolve the author’s idea. It’s the means to the end principle at work. I heard other, much poorer, versifiers use strong language and I was repelled and disgusted because I heard them use obscenities to make me believe that they are brave to do it.

But you were interested in linguistic accidents that enrich poetry. I believe this is possible as a happy exception which would fail as soon as you’d want to make a rule out of them. I had a chance to translate a poem by Margaret Yapp from the US. It starts like this:

as this seed body bloom

I was perplexed by this “seed body bloom” and asked her about it. The answer was that “this poem does not abide by English grammar rules… This poem is essentially about reincarnation. I was reading a lot about fungi and the decomposition of matter (animal and plant, etc.), how all of that matter continues on, moves into other bodies, perhaps. So, "bloom" instead of "blooms" is intentional as I'm making some sort of gesture toward continuation/connection”. So you see the idea (fungi and the decomposition of matter) brought to life this weird grammar, thus I had to insert a corresponding mistake into my translation to keep the idea.

I am afraid I am not still pressing the point because you were asking about accidents. Yes, I believe a happy accident may push a poem forward if the accident proves to be substantial and cause the shift of the meaning which would bring unexpected novelty and not frustrate the whole idea of the poem. It may be just a petty baroque decoration on the body of the poem or it may become its centerpiece. It’s like you discovered you had made an error and then you say to yourself – wow, it makes a whole lot of difference now, let it stay.

I once made an intentional mistake required by rhyme. I carried the stress in “Hamlet” over to the last syllable. Then I decided to check if it was acceptable and I found that that was the typical pronunciation of Hamlet in the 19th century, now dated, of course. But this irregularity gave an additional semantic depth – if not to the whole poem, but to the stanza.

I also made another error and I still wonder if it enriched my poem or not. In one of its lines I say that “Thanatos teases Eros”. I was sure that Thanatos was a female god (because in Russian death is feminine gender) and according to the Russian grammar the word did not require declension. So it was unclear who teases whom, which would add some new existential tinge to this line and the poem. But I was wrong, and the god was male, I found this after the poem had been published. So the only additional meaning that’s left is that the two gods are more or less genderless which occasionally (if you really get to think about it) brings about the idea of versatility of death and erotics. 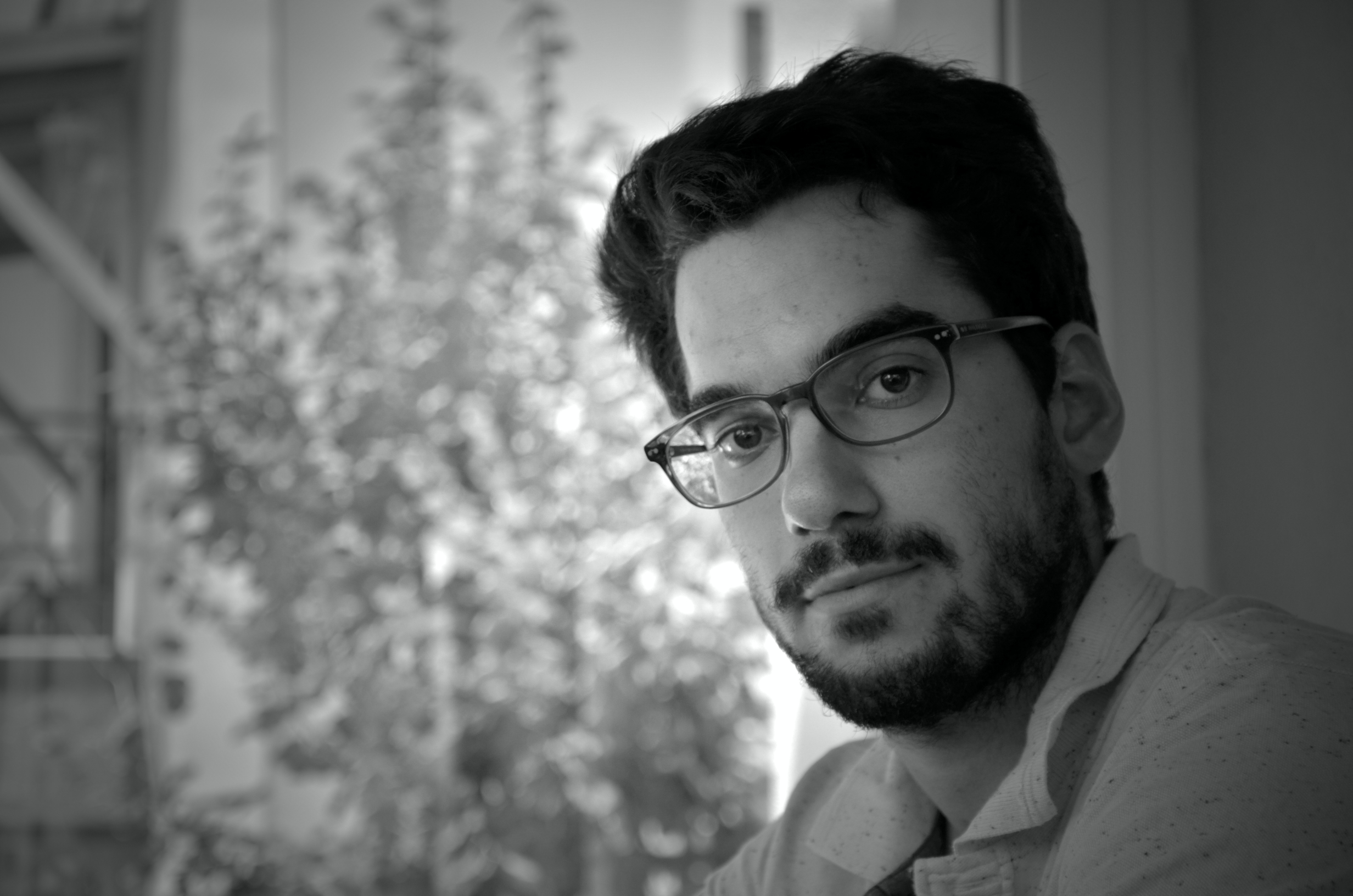 Poet, freelance journalist, theatre critic, translator, gestalt therapist, singer/songwriter. Born in 1964. Graduated from a technical university in 1986, but since 1989 worked as journalist, stuff writer in local print and broadcast media in Ulyanovsk. Received MA in journalism at The American University (Washington, DC) in 1996. Published three books of poetry. Stories and poems of mine have been published in literary journals. Translated a play by Emlyn Williams (the translation was published in 2020).Translated from English five books on gestalt therapy. Translated lots of texts contributed by authors from UNESCO cities of literature. A poetic cycle of verses libres “A small person with a big heart” was staged at the local theatre and was on show for five years. I contribute articles to print and online publications, write book reviews. He also works as a moderator at a literary club and an English-speaking club. He lives and works in Ulyanovsk.